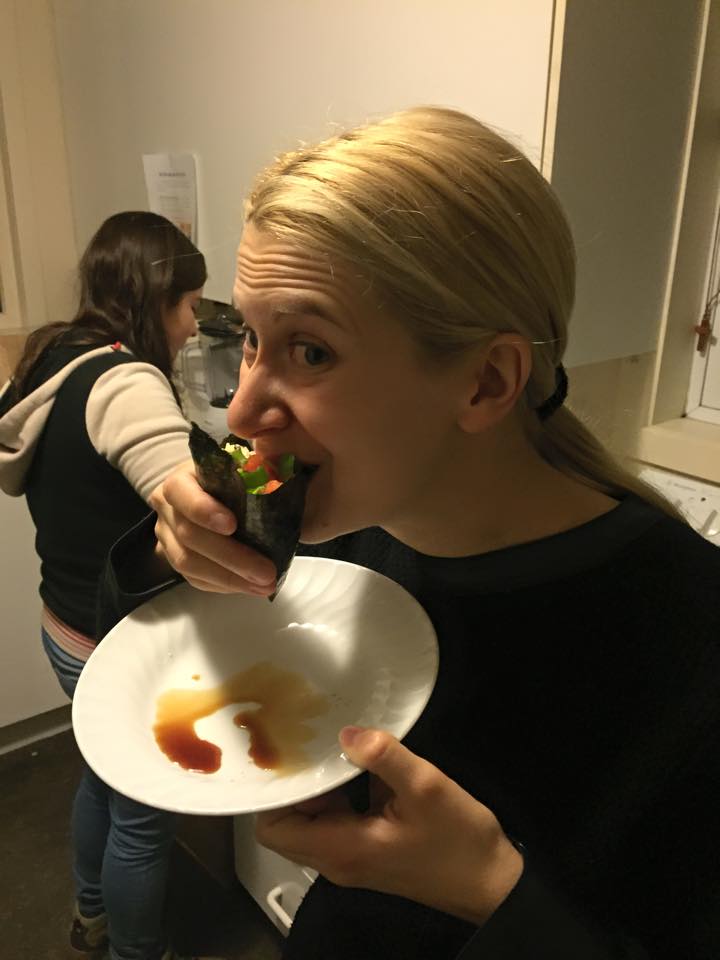 Temaki sushi means hand rolled sushi. It’s a popular japanese dish. It has the shape of a cone, made of seaweed paper called nori, rice and different fillings. Temaki is not really common in restaurants, but a very popular dish at home and parties. Because rolling a temaki is fun and easy, it’s often the first contact of Western people with making sushi.

We can put inside the cone different fillings, but my favourite combination is with fresh salmon, spring onions and fresh cheese – a recipe from my Brazilian flatmate Fernanda. Yes, Brazilian! There is a lot of Japanese immigrants in Brazil, who brought with them their cuisine. Temaki is actually a type of sushi that had developed outside of Japan by the influence of Western cuisine. That’s also the reason of its shape, because its preparation is much easier.

Michan japanese vinegar (if it’s not possible to find it, then white vinegar)

We put two spoons of sugar in half cup of vinegar and stir well. We put still hot rice in a bowl, spill on it the mixture of vinegar and sugar and stir very well. It’s important that the rice is still hot, otherwise sugar won’t melt. We taste the rice and if necessary add a bit more vinegar or sugar.

We put on the table the bowl with rice, the bowl with pieces of fresh salmon, mixed with small pieces of spring onions, fresh cheese and seaweed paper. one seaweed paper is too big, so we cut it on half. We put it in our left hand. On half of the paper we spread some rice, put on it a few pieces of salmon and some cheese. With our right hand we start rolling carefully the outside bottom corner with rice towards the middle and we roll so long, that we roll all around and get the shape of a cone.  We put a few drops of soy sauce on the top.

TIME OF COOKING: around 30 minutes 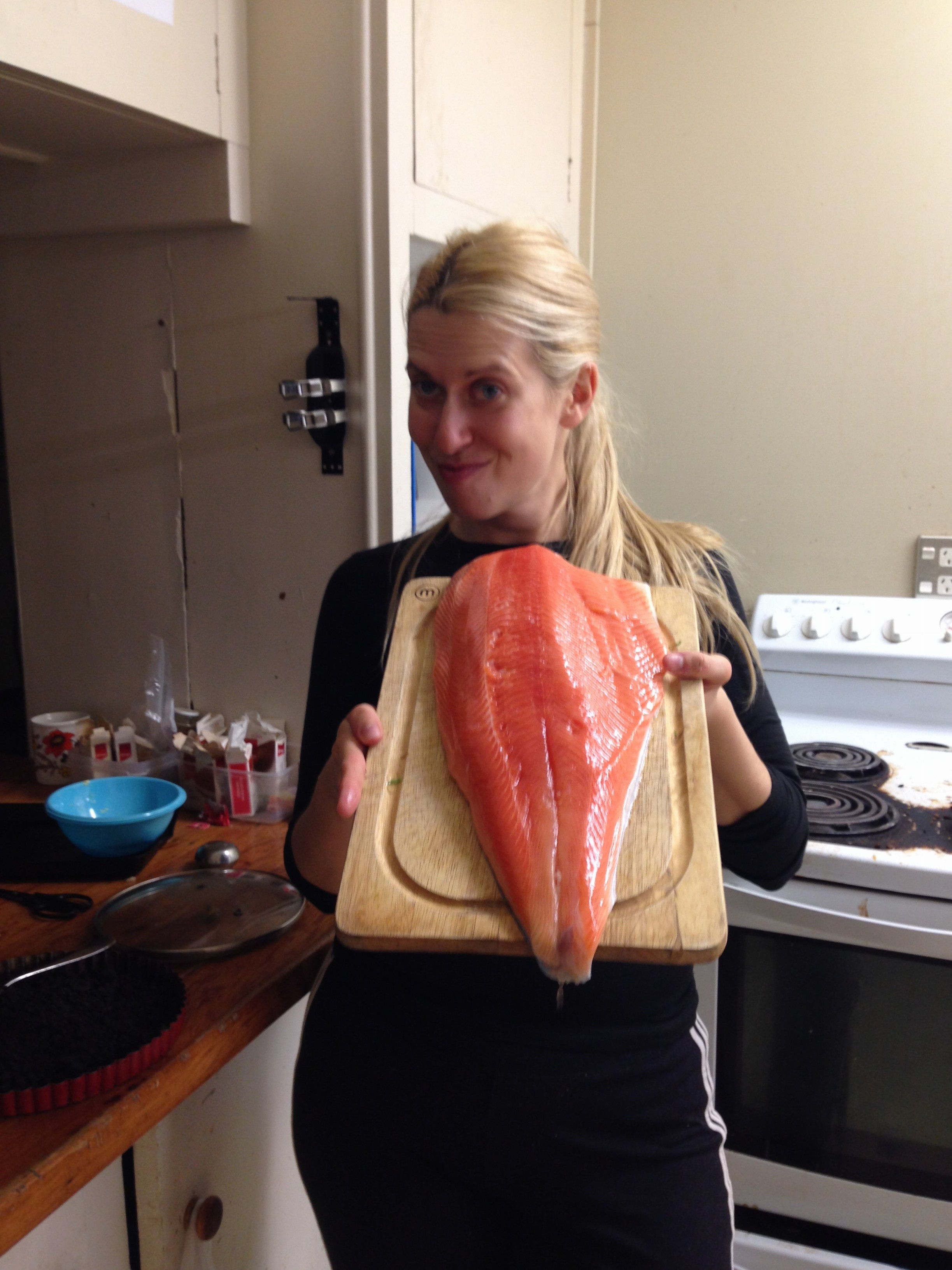 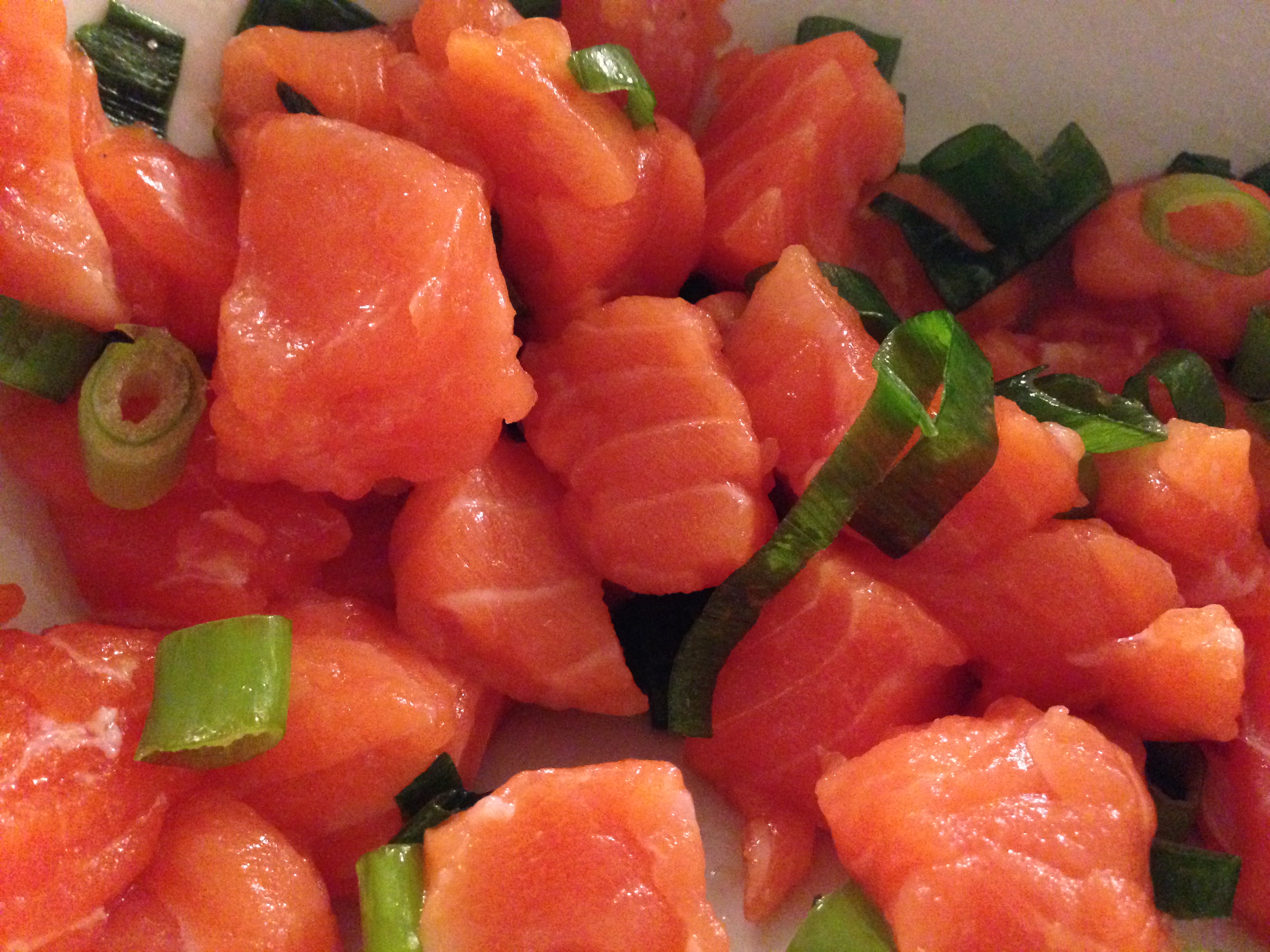 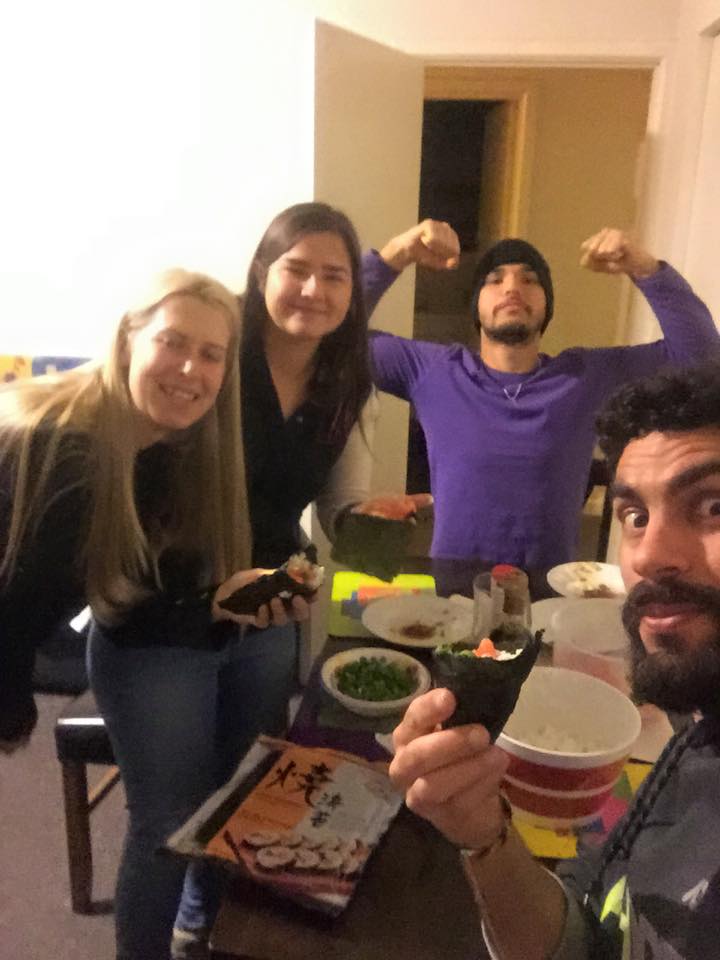